Good-bye, Santiago and Dan: Some Parting Wisdom from our Most Recent Ph.D. Graduates


This past May, two Ph.D. candidates from the Secure Systems Lab, Santiago Torres-Arias and Daniel Gopstein, successfully defended their dissertations and were awarded their Ph.D.s. While we are excited about this milestone in their lives, there is no doubt they will be missed. Not only did each make significant research contributions to SSL projects during their stay, but both could also be relied on as resources for others in the lab. Santiago was always quick to chime in when others mentioned particular research challenges in their progress reports. Dan not only set up, and for many years maintained, our SSL website, but also offered assistance more than once for those interpreting and analyzing data from human subject user studies. (On a strictly personal note, both of them also rescued me from some self-inflicted LaTex wounds in my early days of working on GitHub, for which I am eternally grateful.)

Before leaving NYU Tandon, both Santiago and Dan shared some thoughts on their time at the lab. In separate interviews they talked about what brought them to the lab, some high and low points of the experience, and what lessons were learned along the way. 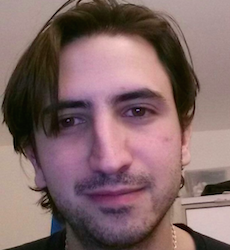 Santiago had initially come to NYU to work on a master’s degree after completing a B.S. in Electrical and Telecommunications Engineering at Universidad Iberoamericana, Mexico. He went on to finish a Master’s in Cybersecurity at Tandon in 2015. Deciding to stay on for a Ph.D. was largely driven by the “problem-solving orientation” of SSL, that allowed him to be “a project manager, plus a Ph.D. candidate, plus an open source expert” in one little corner of a much larger ecosystem. Being able to embrace all these roles was more appealing to him than “conforming to industry trends–making things just for the sake of making things.” His initial work with his advisor, Tandon associate professor Justin Cappos who directs SSL,focused on a strategy called PolyPasswordHasher (PPH) that forces potential hackers to crack passwords in sets. This increases the attackers’ level of difficulty, making a PPH-enabled database very hard to breach, even for an adversary with millions of computers. Santiago later headed up development and integration of in-toto, a framework to secure the software development supply chain by providing greater transparency and accountability. This framework is in various stages of adoption by a number of open source projects, including a recent integration by DataDog that also uses The Update Framework (TUF), another SSL project on which Santiago worked. He has presented his research at several top-level conferences, including USENIX Security and USENIX Symposium on Networked Systems Design and Implementation. 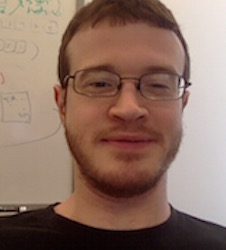 Dan, on the other hand, initially entered the doctoral program at Tandon in 2014 to work with Assistant Professor Andy Nealen in the NYU Tandon Game Innovation Lab, even though he admits game design was not a primary interest. He had completed a bachelor’s degree at Rutgers University in 2010 and spent four years in industry after that. Dan began working with Cappos at SSL because he wanted to work in software engineering, and Justin, “was looking for a student and had funding.” The work he ended up doing with the Atoms of Confusion project has opened up a new way to think about program comprehension and has several potential future applications in education and language design. Two of the four papers Dan submitted to conferences on this topic have garnered ACM SIGSOFT Distinguished Paper honors, one from the 2017 Foundations of Software Engineering conference and the other from the 2018 International Conference on Mining Software Repositories conference. Dan also continued his affiliation with the Game Innovation Lab by contributing to more than a dozen conference papers with students and faculty from that group.

The biggest surprise for Dan during his tenure at Tandon was perhaps not a pleasant one. “I had this image that I would come out of this with a lot of useful skills,” he noted, yet he adds, “all the jobs open to me now are ones I could have gotten with a bachelor’s degree… I had just assumed that there were Ph.D. graduates out there doing research in industry, but it seems that only the top 1% of the top 1%, the ‘knock it out of the park performers’ are getting those jobs.”

Santiago also experienced something of a rude awakening, though ultimately one with more of a positive outcome. “I came in thinking I was expected to know everything right away, but I found they don’t just hand you the keys of the kingdom,” he observed. “There is a degree of ambition that comes into play, an acknowledgement to prove yourself, but there is no need to show off all you know at once.” He also cautions that working towards a Ph.D.”can be very emotionally challenging,”and so he learned that this side of life could not be ignored. For him, “working in this place where there is a community to reach out to” was a saving grace when things got tough.

Both could also point to some “grace notes” from their tenure. Santiago observed that, though one of his earliest paper reviews for the PPH paper was pretty cruel, over time he found that “not all criticism is negative. I found that the community will validate as much as criticize.” He also re-discovered that he liked writing, which has its advantages when one decides to pursue a career in academia. And, the fact that his research area was “unchartered territory” meant that “in-toto evolved as I evolved as a researcher.” The entire process was as much a learning experience as it was finding a hands-on solution to a problem.

The life of a Ph.D. student also offers a certain amount of flexibility and that can be a benefit in and of itself. “I managed to have a really good life over the last few years, and it was partly enabled by the Ph.D.,” Dan stated. “ My grandfather recently died. The Ph.D. program enabled me to spend time with him, something I otherwise might not have been able to do.”

Words of Wisdom to Those who Remain

Dan recommends “coming into the program with a specific research project in mind, preferably something you would work on even if it were on your own time.” Though he admits that, “I got pretty lucky with the assignment I received,” he still has some regrets that he was not able to pick his own research topic.

He also advises that “dropping out is a viable option. I know tons of people who are happy they dropped out.” In short, if you are not happy, understand you can try a different path.

Santiago, who accepted a tenure track position in Purdue University’s Electronics and Computer Engineering Department, is looking forward to “trying to reconcile the world I want to see with the skills I have.” His advice to his lab mates is rather simple. “Enjoy it more.”

Professor Cappos added “Both Santiago and Dan have made tremendous contributions while part of SSL. We are all excited to see what great things they each achieve going forward! You will always have a home here.”